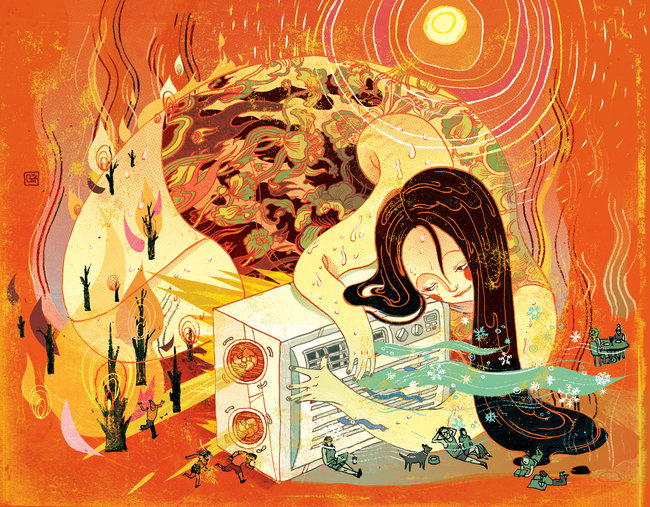 The Cost of Cool
By ELISABETH ROSENTHAL

THE blackouts that left hundreds of millions of Indians sweltering in the dark last month underscored the status of air-conditioning as one of the world’s most vexing environmental quandaries.

Fact 1: Nearly all of the world’s booming cities are in the tropics and will be home to an estimated one billion new consumers by 2025. As temperatures rise, they — and we — will use more air-conditioning.

Fact 2: Air-conditioners draw copious electricity, and deliver a double whammy in terms of climate change, since both the electricity they use and the coolants they contain result in planet-warming emissions.

Fact 3: Scientific studies increasingly show that health and productivity rise significantly if indoor temperature is cooled in hot weather. So cooling is not just about comfort.

Sum up these facts and it’s hard to escape: Today’s humans probably need air-conditioning if they want to thrive and prosper. Yet if all those new city dwellers use air-conditioning the way Americans do, life could be one stuttering series of massive blackouts, accompanied by disastrous planet-warming emissions.