Watch on YouTube here: How Accessible Were This Year’s Games? | Game Maker’s Toolkit

I often say I’m a video game culture writer, but lately I don’t know exactly what that means. ‘Game culture’ as we know it is kind of embarrassing — it’s not even culture. It’s buying things, spackling over memes and in-jokes repeatedly, and it’s getting mad on the internet.

It’s young men queuing with plush mushroom hats and backpacks and jutting promo poster rolls. Queuing passionately for hours, at events around the world, to see the things that marketers want them to see. To find out whether they should buy things or not. They don’t know how to dress or behave. Television cameras pan across these listless queues, and often catch the expressions of people who don’t quite know why they themselves are standing there.

‘Games culture’ is a petri dish of people who know so little about how human social interaction and professional life works that they can concoct online ‘wars’ about social justice or ‘game journalism ethics,’ straight-faced, and cause genuine human consequences. Because of video games.

Lately, I often find myself wondering what I’m even doing here. And I know I’m not alone.

All of us should be better than this. You should be deeply questioning your life choices if this and this and this are the prominent public face your business presents to the rest of the world.

« When you decline to create or to curate a culture in your spaces, you’re responsible for what spawns in the vacuum. »

This is what the rest of the world knows about your industry — this, and headlines about billion-dollar war simulators or those junkies with the touchscreen candies. That’s it. You should absolutely be better than this.

You don’t want to ‘be divisive?’ Who’s being divided, except for people who are okay with an infantilized cultural desert of shitty behavior and people who aren’t? What is there to ‘debate’?

Right, let’s say it’s a vocal minority that’s not representative of most people. Most people, from indies to industry leaders, are mortified, furious, disheartened at the direction industry conversation has taken in the past few weeks. It’s not like there are reputable outlets publishing rational articles in favor of the trolls’ ‘side’. Don’t give press to the harassers. Don’t blame an entire industry for a few bad apples.

Yet disclaiming liability is clearly no help. Game websites with huge community hubs whose fans are often associated with blunt Twitter hate mobs sort of shrug, they say things like ‘we delete the really bad stuff, what else can we do’ and ‘those people don’t represent our community’ — but actually, those people do represent your community. That’s what your community is known for, whether you like it or not.

When you decline to create or to curate a culture in your spaces, you’re responsible for what spawns in the vacuum. That’s what’s been happening to games.

That’s not super surprising, actually. While video games themselves were discovered by strange, bright outcast pioneers — they thought arcades would make pub games more fun, or that MUDs would make for amazing cross-cultural meeting spaces — the commercial arm of the form sprung up from marketing high-end tech products to ‘early adopters’. You know, young white dudes with disposable income who like to Get Stuff.

Suddenly a generation of lonely basement kids had marketers whispering in their ears that they were the most important commercial demographic of all time. Suddenly they started wearing shiny blouses and pinning bikini babes onto everything they made, started making games that sold the promise of high-octane masculinity to kids just like them.

By the turn of the millennium those were games’ only main cultural signposts: Have money. Have women. Get a gun and then a bigger gun. Be an outcast. Celebrate that. Defeat anyone who threatens you. You don’t need cultural references. You don’t need anything but gaming. Public conversation was led by a games press whose role was primarily to tell people what to buy, to score products competitively against one another, to gleefully fuel the “team sports” atmosphere around creators and companies.

It makes a strange sort of sense that video games of that time would become scapegoats for moral panic, for atrocities committed by young white teen boys in hypercapitalist America — not that the games themselves had anything to do with tragedies, but they had an anxiety in common, an amorphous cultural shape that was dark and loud on the outside, hollow on the inside.

« Traditional ‘gaming’ is sloughing off, culturally and economically, like the carapace of a bug. »

Yet in 2014, the industry has changed. We still think angry young men are the primary demographic for commercial video games — yet average software revenues from the commercial space have contracted massively year on year, with only a few sterling brands enjoying predictable success.

It’s clear that most of the people who drove those revenues in the past have grown up — either out of games, or into more fertile spaces, where small and diverse titles can flourish, where communities can quickly spring up around creativity, self-expression and mutual support, rather than consumerism. There are new audiences and new creators alike there. Traditional “gaming” is sloughing off, culturally and economically, like the carapace of a bug.

This is hard for people who’ve drank the kool aid about how their identity depends on the aging cultural signposts of a rapidly-evolving, increasingly broad and complex medium. It’s hard for them to hear they don’t own anything, anymore, that they aren’t the world’s most special-est consumer demographic, that they have to share.

We also have to scrutinize, closely, the baffling, stubborn silence of many content creators amid these scandals, or the fact lots of stubborn, myopic internet comments happen on business and industry sites. This is hard for old-school developers who are being made redundant, both culturally and literally, in their unwillingness to address new audiences or reference points outside of blockbuster movies and comic books as their traditional domain falls into the sea around them. Of course it’s hard. It’s probably intense, painful stuff for some young kids, some older men.

But its unstoppable. A new generation of fans and creators is finally aiming to instate a healthy cultural vocabulary, a language of community that was missing in the days of “gamer pride” and special interest groups led by a product-guide approach to conversation with a single presumed demographic.

This means that over just the last few years, writing on games focuses on personal experiences and independent creators, not approval-hungry obeisance to the demands of powerful corporations. It’s not about ‘being a reviewer’ anymore. It’s not about telling people what to buy, it’s about providing spaces for people to discuss what (and whom) they support.

« ‘Gamer’ isn’t just a dated demographic label that most people increasingly prefer not to use. Gamers are over. That’s why they’re so mad. »

These straw man ‘game journalism ethics’ conversations people have been having are largely the domain of a prior age, when all we did was negotiate ad deals and review scores and scraped to be called ‘reporters’, because we had the same powerlessness complex as our audience had. Now part of a writer’s job in a creative, human medium is to help curate a creative community and an inclusive culture — and a lack of commitment to that just looks out-of-step, like a partial compromise with the howling trolls who’ve latched onto ‘ethics’ as the latest flag in their onslaught against evolution and inclusion.

Developers and writers alike want games about more things, and games by more people. We want — and we are getting, and will keep getting — tragicomedy, vignette, musicals, dream worlds, family tales, ethnographies, abstract art. We will get this, because we’re creating culture now. We are refusing to let anyone feel prohibited from participating.

“Gamer” isn’t just a dated demographic label that most people increasingly prefer not to use. Gamers are over. That’s why they’re so mad.

Lo vi en Gamasutra – ‘Gamers’ don’t have to be your audience. ‘Gamers’ are over. http://ift.tt/XVTm1h

You also get the creeping suspicion that even winning won’t be enough. When will they have they won? What are their demands? As far as can be seen, there are none – the campaign exists solely to constantly harrass and abuse people until they disappear. That’s the endgame – the destruction of individuals whose only crime is making comments about sexism – or worse, being sexually active. From the smirking tone adopted by Lizard Squad and more, it is hard to avoid paraphrasing what must also be a favourite movie amongst the attackers: some men just want to watch women burn.

The only way the ecosystem can improve is through the involvement of more women, more LGBT people, more of anyone who doesn’t conform to the white gamer-bro stereotype. That is exactly what the Twitter terrorists seek to prevent, and awesomely, is exactly what’s happening. Female gamers are rapidly on the rise – 48% of gamers are female, and adult females now double the number of the once-central under-18 boy demographic – and the collected assholes of the world can’t do anything about it. Women play games. If you can’t deal with that, maybe there’s something fundamental to your worldview you need to examine. Become a revolutionary in the comfort of your own home simply by playing video games. That’s the call to arms from independent Italian video game developer La Molleindustria (‘the soft industry’). Since 2003, Molleindustria has been creating web-based games that critique and satirize the worst tendencies of capitalism. Some of their most interesting offerings include Trademarkville, a game that frustrates the user by asking them to endlessly rename simple objects as more words become trademarked and banned, Phone Story, which puts players in the shoes of exploited Foxconn factory workers, and Unmanned, which invites the player to simulate the everyday life of a US drone pilot.

The games that Molleindustria creates all seem just a little perverse. Some of them are designed to be impossible to win, and force the player to make questionable ethical choices. The McDonald’s Video Game, for instance, allows players to visit every site of McDonald’s production and supply chains, from the slaughterhouses to the front lines of McDonald’s stores, administering the system all the way. Then there are their more bizarre offerings like Queer Power, which allows players to fuck instead of fight as their anatomies and gender identities continually morph, all within a classic Street Fighter setup.

The mind is a battleground, according to the Manifesto, and one that is constantly “contended by services and commodities.” Their games provide a break from the constant barrage of promotionalism in pop culture. 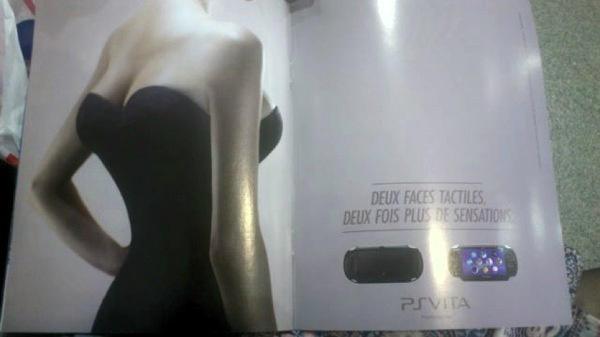 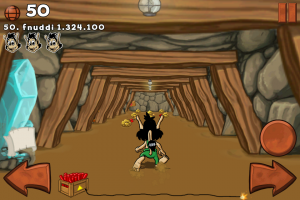 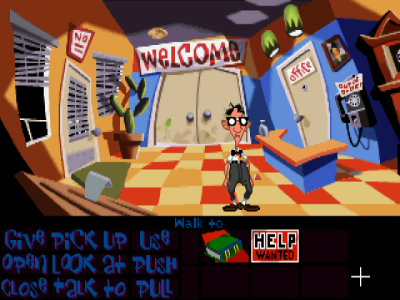