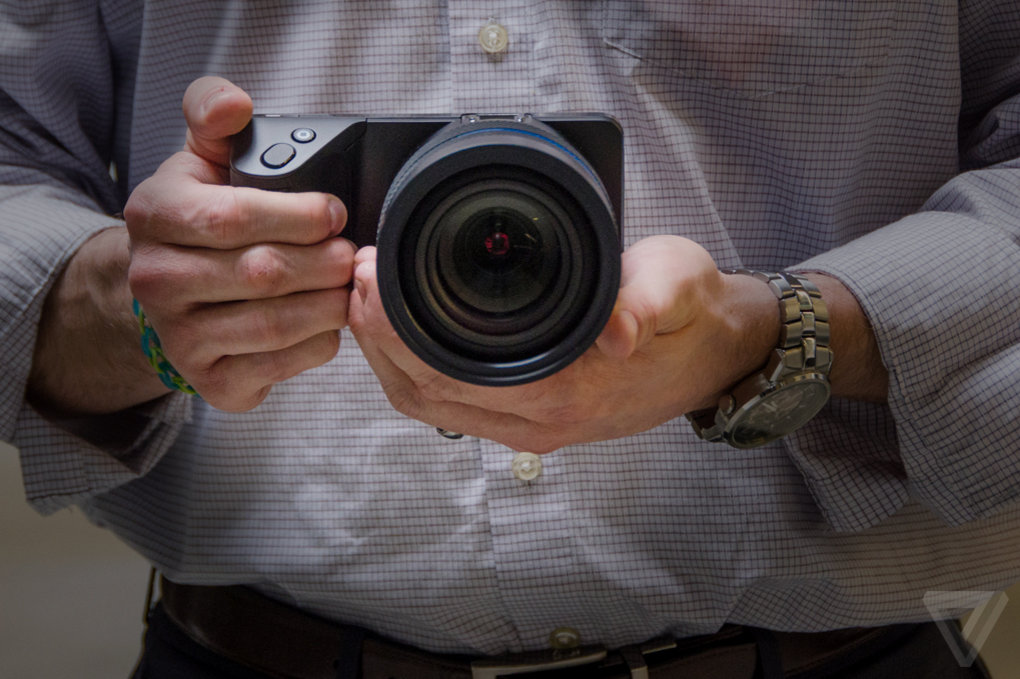 A few tweaks here and there and this black brick will be Lytro’s Illum, a brand-new $1,599 camera designed to show professional photographers, and the world, the power of light-field photography. It’s the company’s second camera, the follow-up to its eponymous point-and-shoot that could refocus a photo after it was shot. The Illum does that better, and takes much better and more versatile pictures in general. But for Lytro, the real plan is only beginning to unfold. The company’s job, its mission, is to fundamentally change the way we think about images. To not just provide better, faster cameras that take beautiful pictures, but to reimagine what a picture is in the first place. That part hasn’t changed since the dawn of photography nearly two centuries ago, and Lytro believes it holds the keys to the next phase.

Lytro changed photography. Now can it get anyone to care? | The Verge. Become a revolutionary in the comfort of your own home simply by playing video games. That’s the call to arms from independent Italian video game developer La Molleindustria (‘the soft industry’). Since 2003, Molleindustria has been creating web-based games that critique and satirize the worst tendencies of capitalism. Some of their most interesting offerings include Trademarkville, a game that frustrates the user by asking them to endlessly rename simple objects as more words become trademarked and banned, Phone Story, which puts players in the shoes of exploited Foxconn factory workers, and Unmanned, which invites the player to simulate the everyday life of a US drone pilot.

The games that Molleindustria creates all seem just a little perverse. Some of them are designed to be impossible to win, and force the player to make questionable ethical choices. The McDonald’s Video Game, for instance, allows players to visit every site of McDonald’s production and supply chains, from the slaughterhouses to the front lines of McDonald’s stores, administering the system all the way. Then there are their more bizarre offerings like Queer Power, which allows players to fuck instead of fight as their anatomies and gender identities continually morph, all within a classic Street Fighter setup.

The mind is a battleground, according to the Manifesto, and one that is constantly “contended by services and commodities.” Their games provide a break from the constant barrage of promotionalism in pop culture.

Sure, scientists expect the changing climate to bring on more drought. There’s going to be less rainfall in already arid regions, that’s fairly certain. And that alone would be bad news for denizens of the planet’s dry zones—in some places in North Africa, the American Southwest, India, and the Middle East, water shortages could well become an existential threat to civilization. But new research shows that evaporation may be more of a problem than previously thought: Climate change could dry out up to a third of the planet.

The study, published in the journal Climate Dynamics last month, estimates that climate change will cause reduced rainfall alone to dessicate 12 percent of the Earth’s land by 2100. But if evaporation is factored in, the study’s authors say that it will "increase the percentage of global land area projected to experience at least moderate drying by the end of the 21st century from 12 to 30 percent."

“We know from basic physics that warmer temperatures will help to dry things out,” the study’s lead author, Benjamin Cook, a climate scientist with Columbia University and NASA’s Goddard Institute for Space Studies, said in a statement. “Even if precipitation changes in the future are uncertain, there are good reasons to be concerned about water resources.”

Writing in a 2011 literature review in the science journal Nature, the physicist Joe Romm elaborates on how increased heat and evaporation can lead to a vicious cycle: "Precipitation patterns are expected to shift, expanding the dry subtropics. What precipitation there is will probably come in extreme deluges, resulting in runoff rather than drought alleviation. Warming causes greater evaporation and, once the ground is dry, the Sun’s energy goes into baking the soil, leading to a further increase in air temperature."

It’s a story we all know—Christopher Columbus discovers America, his European buddies follow him, they meet the indigenous people living there, they indigenous people die from smallpox and guns and other unknown diseases, and the Europeans get gold, land, and so on.

It’s still happening today in Brazil, where 238 indigenous tribes have been contacted in the last several decades, and where between 23 and 70 uncontacted tribes are still living. A just-published report that takes a look at what happens after the modern world comes into contact with indigenous peoples isn’t pretty: Of those contacted, three quarters went extinct. Those that survived saw mortality rates up over 80 percent. This is grim stuff.

“Our analysis dramatically quantifies the devastating effects of European colonization on indigenous Amazonians. Not only did ~75 percent of indigenous societies in the Brazilian Amazon become extinct, but of the survivors, all show evidence of catastrophic population declines, the vast majority with mortality rates over 80 percent,” writes Marcus Hamilton of the University of New Mexico in a paper published in Scientific Reports.

Those numbers shouldn’t be surprising—like I said, this isn’t much different from what has happened time and time again to the Native Americans, to the Incas, to the Mayans, and to hundreds of other small tribes throughout North and South America.

Sure, people don’t go in and kill entire tribes directly, they offer indigenous people the chance to assimilate into modern culture. But, as Hamilton notes, the trappings of modern society—access to better healthcare, technology, and education—haven’t improved tribes’ overall outcomes.

“We tested to see whether absolute year of contact (a proxy of the technological evolution of medicines), and other proxies of access to medicine including distance to major roads and distance to closest town had substantial effects on post-crash population growth rates. None of the effects were significant and so are not reported here,” Hamilton wrote.

It’s important that someone qualitatively took a look at the effect—it’s one thing to say “modern civilization killed the indigenous people,” another to have the cold, hard facts to back it up.

But Hamilton also highlights the good news, which I’d argue is a little bit misguided. He notes that, after the initial “crash,” indigenous populations are often able to recover, and some of the communities have some of the highest growth rates in the world. I’m not calling Hamilton out here—if that’s what the data shows, it’s what it shows. And it’s better that the population "rebounds" rather than dies out completely. But that doesn’t excuse the crash in the first place.

I don’t know that we should be talking about these people’s deaths and their communities’ subsequent recovery as if we’re looking at our stock portfolio. Hamilton notes that “despite the catastrophic mortality of indigenous Amazonians over the 500+ year contact period, the surviving populations are remarkably resilient and remain demographically viable.”

That’s probably what’s running through these people’s minds when they watch their loved ones die: The demographic viability of their community as a whole, as if their imminent “recovery” isn’t one that’s plagued with a forced change in lifestyle, a loss of culture, the utter destruction and pollution of the land that they’ve lived in for lord knows how many years. Their numbers might recover in some cases, but what about what they lost in the process?